Over the last months, as the final stage of the CLimate adaptation to shifting stOCKS (CLOCK) project, the Future Oceans Lab has been presenting the results on the Galician case study in eight collaborating fishers’ guilds all over the Galician territory and the Federation of Galician fishers’ guilds in Ames.

Diego Salgueiro Otero and Francesca Barazzetta lead the series of workshops in the fishers’ guilds, where fishers and shellfish gatherers received the results about 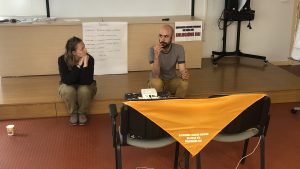 vulnerability, adaptation and transformation of the sector under climate change developed at FOL. We reached 8 communities and produced a info sheet where around 80 fishers participated. The fishing sector had room to give their feedback and opinion about the research. During the workshops, fishers also co-produced potential policies and practices that may enable key aspects for conserving, adapting and transforming the fishing sector under climate change impacts. In addition, converging points between interests of fishers and researchers were discussed. At the end of the workshops, the fishing sector expressed their chances and needs about climate change adaptation. 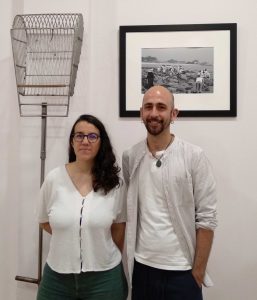 The results of the project and the outcomes from the different workshops were presented by Elena Ojea and Diego Salgueiro Otero in the Galician Federation of  fishing guilds. In this final session, the whole artisanal fishing sector of Galicia was invited as well as the Galician government. With this final event, Future Oceans Lab could bridge the nexus policy-sector-science in order to 1) communicate scientific results, 2) listen and give voice to fishing communities and 3) suggest potential policies and practices regarding climate change adaptation.

All events were positively evaluated by participants, which reported to find interest and relevant practical implications of the research. Co-produced actions for adaptation and transformation policy include facilitating access and participation in training and education activities, improving communication in the sectors and improving social capital in the fisher guilds.

We acknowledge all participants of the workshops and the session in the Federation for their help bringing and working on this challenge together. We also thank the people that made possible every step of this project and facilitate its operationalization in the Galician territory.