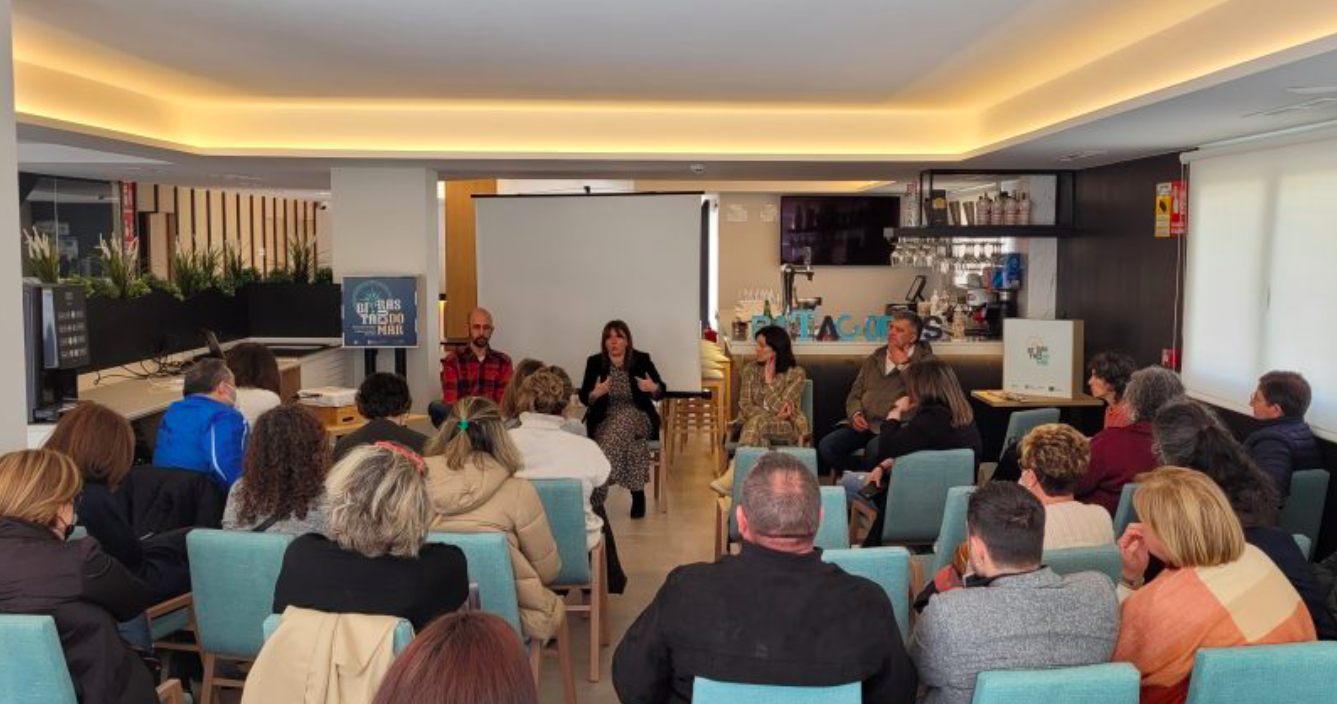 Bitácoras aims to show the achievements of Grupos de Acción Local do sector Pesqueiro (GALP) funding projects that enable the sustainable development of the coast locally and from a participatory approach during the last years .

Future Oceans Lab was invited to participate in a roundtable of the workshop GALP Seo de Fisterra Ría de Muros-Noia, Costa Sostible. The event took place last week at the Hotel Meiga do Mar, in Carnota. The objective of the workshop was to evaluate the last years of work of GALPS in Seo e Fisterra – Ría de Muros Noia. In order to contribute to the work developed and enrich the potential trajectories of Seo de Fisterra – Ría de Muros-Noia, other experiences such as the sustainable development of Allariz or the scientific knowledge about adaptation of the fishing sector were integrated .

During the morning, Diego Salgueiro-Otero brought to Bitácoras the work developed at Future Oceans Lab. Specifically, he communicated the crucial importance of considering climate change adaptation in the design of next policies supporting coastal sustainability. He showed some examples of strategies, enablers and constrainers of adaptation and suggestions of policies. During the afternoon, organizers, participants and attendees visited three projects which were funded from GALP and that dynamize the marine culture Costa Sostible, Hotel Meiga do Mar, Faro Lariño, Mar da’morosa and Polbo de Lonxa.

Thanks to GALP for their fantastic work, Cidadanía for facilitating this project and all the people who attended for creating an enriching atmosphere of sharing experience.