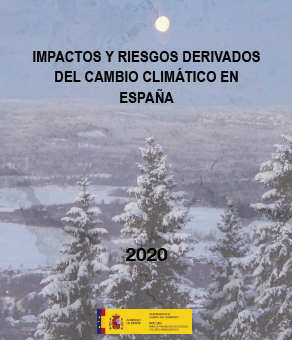 Tomorrow, February 3, 2021, the report titled “Impacts and Risks from Climate Change in Spain” will be officially launched by the Spanish Office for Climate Change-OECC. The report is a bibliographic compendium of the current evidence on the impacts of climate change in the following Spanish domains: hydrological resources, terrestrial ecosystems, agriculture and livestock, the marine environment, coasts, urban areas, health, energy and transport and tourism. The report has been possible thanks to researchers and the Scientific Director of the Basque Centre for Climate Change.

Chapter 5 focuses on the marine environment and finds an increasing evidence of marine species changing their distribution range, abundance, presence, and migrations in Spanish waters due to climate change. These impacts in turn affect artisanal and industrial fisheries, as well as aquaculture. However, there is a lack of information on the impacts of climate change on the socio-economic and cultural dimensions of the Spanish communities that depend on fisheries and aquaculture for a living.

The report is available here (in Spanish).