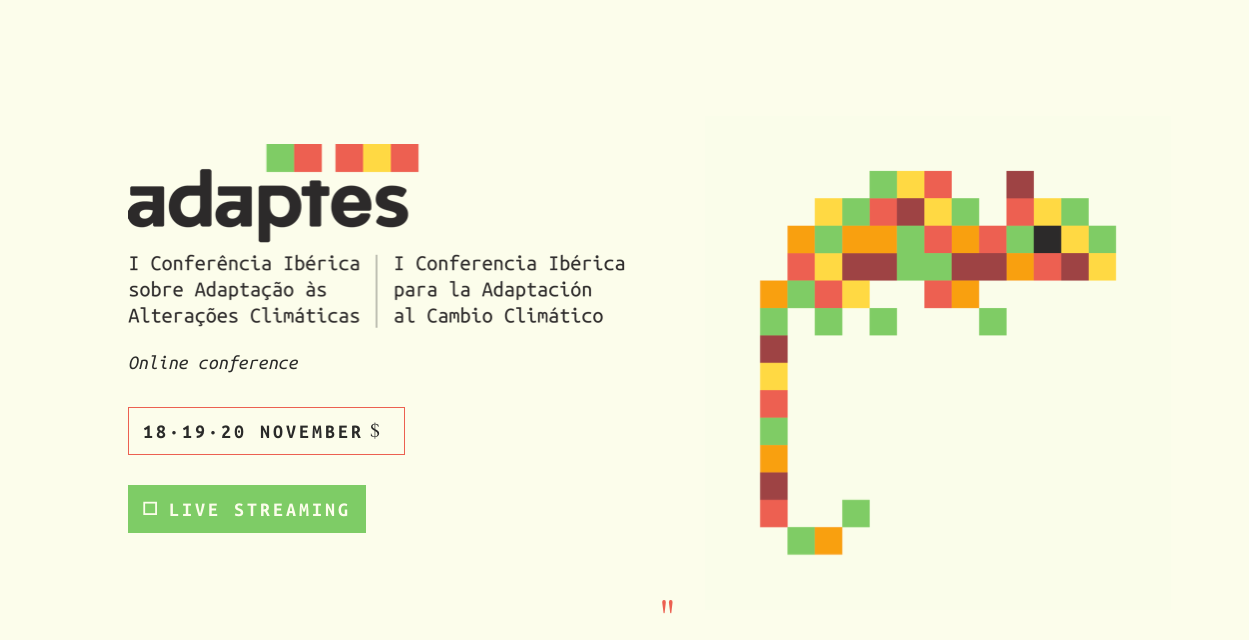 Future Oceans Lab PhD student Diego Salgueiro Otero has attended Adaptes: I Iberian Conference on Climate Change Adaptation. The conference, framed in the European project LIFE SHARA, has illustrated and discussed the effect of climate change and adaptation on the Iberian peninsula through 10 thematic sessions focused on: Cities, Agricultural sector, Water, Coastal areas, Health, Islands, Education and capacitation, Risk reduction, Tourism and Protective biodiversity. During three days, Spanish and Portuguese researchers, policy makers, practitioners, facilitators and social collectives, and the general audience, among others, have been discussing about the current situation of the Spain and Portugal facing climate change, and the risks, strengths and challenges that both countries have to pave the way towards adaptation. Examples of Spanish, Portuguese and European nature-based and people-based projects were presented and the analysis of their trajectories, difficulties and goals was shared.

In the conclusions and reflections session, the participants identified a set of lines of action to cope with the challenges that we already face, or expect to face in the coming years. There are: 1) Vision sharing from the beginning of the processes; 2) Broad processes of creation, deliberation and participation; 3) Generation of hybrid conversations; 4) Monitoring and continuous evaluation; and 5) Multilevel governance. Public and private financial funds for mitigation and adaptation also had its room in this final session and a discussion on their key role in enabling sustainable development in European countries was highlighted.

The opening and closing sessions of the conference are available online as well as related information.