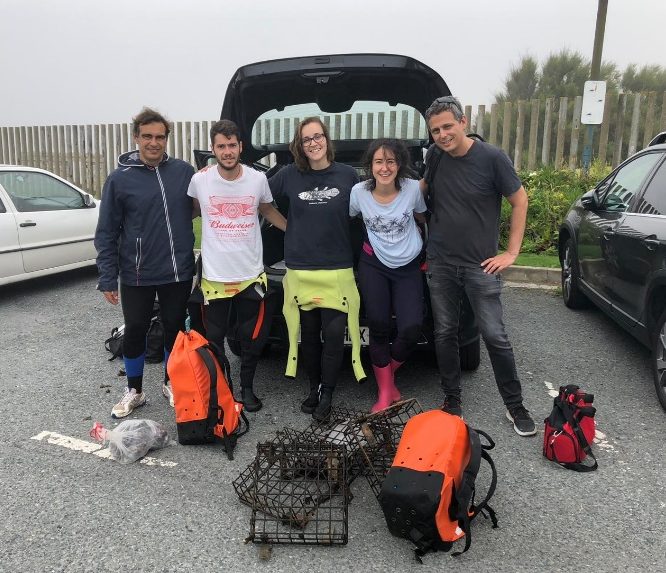 Until next time Percebes

Last month Alex had a very nice invitation to participate in some fieldwork with experts from the University of Vigo who carried out PERCEBES project which main goal is to provide a sustainable extraction of the resource while enhancing biodiversity.  For that occasion, the plan was to survey a study site in the lovely city of A Coruña for the sought after “Percebes”. Percebes is the Spanish name for the goose barnacle, a delicacy all over Spain which reaches very high seasonal prices. 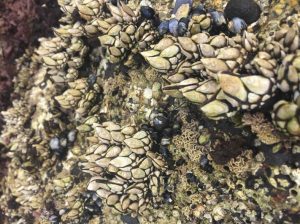 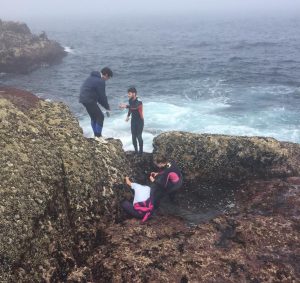 The Galician coastline is stunning and so he jumped at the chance. It was just the medicine that he needed away from the desk, Rstudio and to do some proper science! The day started with a reasonably long drive to A Coruña from Vigo but it was worth it as the weather was perfect, but on arrival and positioned on the rocks, the weather changed rapidly. A sea mist engulfed them and they couldn’t see over 20 metres. Alba who led the fieldwork, soon got them working, they made the most of an extra pair of hands.  The team were all decked out in wetsuits apart from Alex who turned out in jeans, t-shirt and trainers and was subsequently given the job of noting down the sample sites and the corresponding images.

Although this job could seem easy seeing the team working (sometimes in the water) and doing all task rigorously,  he realized how complicate it is when he starting leaping from rock to rock like a gazelle, basically on call to note down everything from the team. In the distance, two Galician Percebes fishers looked on in amazement at his athleticism. He was shocked too…

It was great to witness how thorough and passionate the team were, so dedicated to collecting the science behind these little creatures’ lives. After a long day and many samples taken, Alba took them for some lunch in her hometown along the seafront in preparation for the long drive home. What a great day, he cannot wait for the next trip to see these lovely Percebes again.