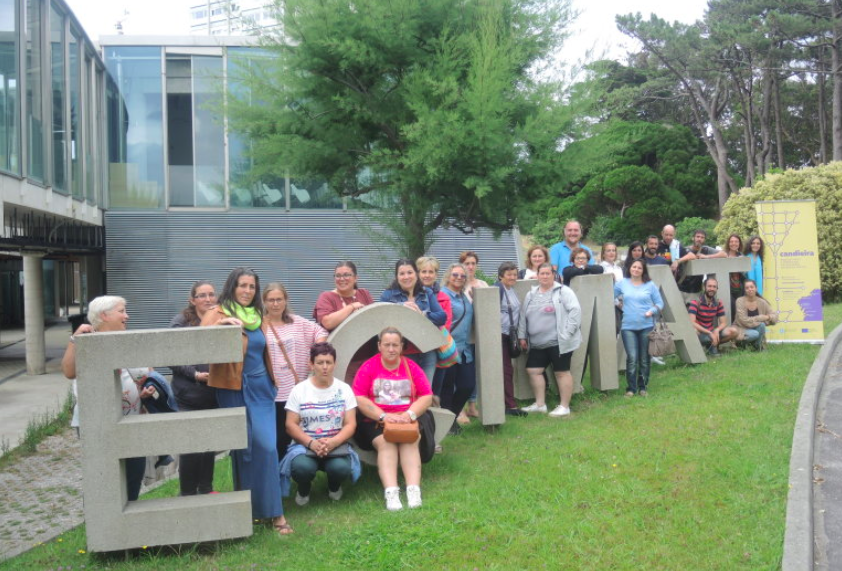 Future Oceans Lab in the nub of “We learn, We teach”

FOL member, Diego Salgueiro, attended the second connecting-meeting of ALIADAS project. This project is born as a branch of Candieira initiative and has already shown its first results. One of its examples was placed on Ria de Vigo-A Guarda GALP (local action group for fishers), where shellfish gatherers,  NGO members and researchers met at ECIMAT in a common space to share perspectives and information through transdisicplinarity. This is one of the several initiatives that they are developing along the Galician coastline, thanks to ALIADAS support. Networks around common conflicts help to describe objectives and challenges that are at the core of the small-scale fishing in this region. Under the motto “We learn, We teach” women in the sector strengthen links and better define the problems that urge to solve.

Raising research questions, discussing fisheries needs (including shellfish-gathering) and environmental goals, FOL shared its ongoing research on small-scale fisheries and adaptation to climate change to ALIADAS members during the meeting at the Marine Sciences Centre of Toralla, with the aim of making visible the chance to join new perspectives and being part of this promising network. A social map to design the future of the ALIADAS objective is already in process.

Regarding EMBARCA, the other branch of Candieira and the old sister of ALIADAS, has almost reach the end of the process. Shellfish gatherers from Arcade (and many other communities) started some weeks ago with the marine tourism initiative, doing training and launching the first in public simulation.

Women in Galician fishing sector are ready to board!